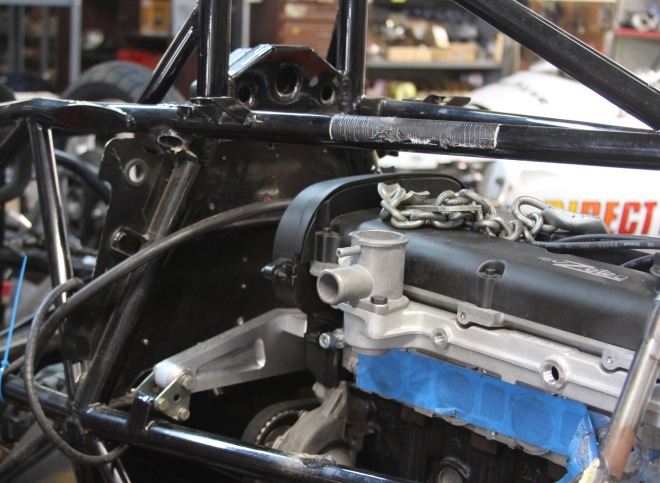 Three braces were ultimately removed from the left side of the engine bay. The first, already cut away in the photo above, ran from shoulder level at the bulkhead down to midway along the upper engine bay chassis rail. The remnant of this brace can be seen at the middle bottom of the above photo. This short brace would later be replaced by a long diagonal brace (similar to that which had been removed from the right side of the engine bay). 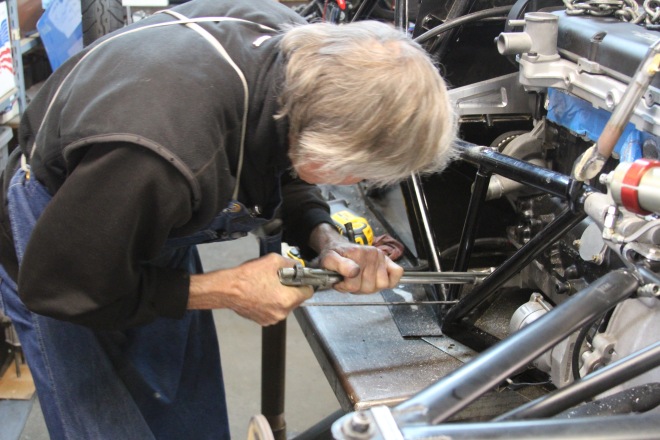 The second brace to get cut away was the short vertical brace getting hacksawed in the above photo. It would be in the way of the used set of Zetec headers that had been acquired from the Apex Speed classifieds for the original Junk Yard Zetec Project. The longer diagonal brace rising from that midpoint on the lower engine bay rail to the upper ear of the bellhousing would also get removed for the same reason.

These initial left side engine bay surgical tasks took about half an hour. 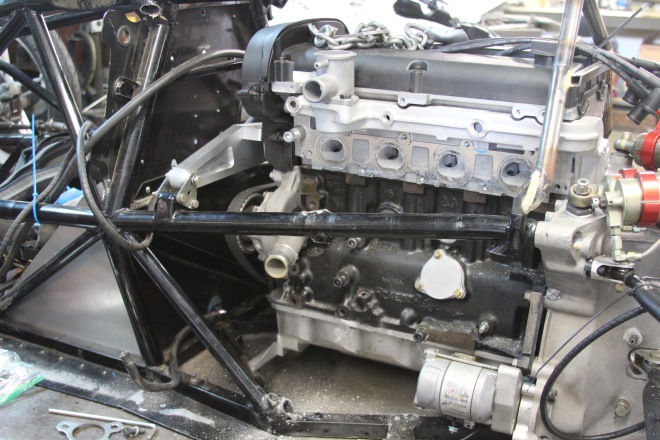 The above photo shows the left side of the engine bay with the obstructing braces removed. I believed that, at this point, fitting the exhaust headers would be a straightforward task. I was wrong.